Tickets are automatically valid for the new date, or you can request a refund before 28 Feb 2022.

2022 hasn’t begun as auspiciously as we would have hoped. C just keeps on giving………

As such, Grace Cummings has decided to postpone her gig at Meeniyan with a new date to be advised.

Tickets are automatically valid for the rescheduled show.

Grace Cummings is a folk/blues musician influenced by 20th century poets and luminaries, from Joni Mitchell and Bob Dylan to Brett Whitely and Van Gogh. Her songwriting is intensely personal and reflects a strong connection to the Australian landscape.

In her short career, Grace has been invited to support Weyes Blood, Evan Dando, J Mascis and the Allah-Lahs in Melbourne. Her debut album, Refuge Cove, was released through Flightless Records, earning critical acclaim from Pitchfork and Allmusic, amongst others. In July 2020, Grace released the track ‘Sweet Matilda‘ as part of venerated indie label Mexican Summer’s Looking Glass single series, before landing a worldwide deal with US indie ATO Records (Alabama Shakes, My Morning Jacket, King Gizzard and the Lizard Wizard). Her sophomore album, Storm Queen, is released on ATO.

“There’s a sort of coarse beauty in the way that Cummings wields her distinctive voice, sounding almost blunt at times in a way that lends an eerie gravitas to the delicacy of many of her lyrics. There’s also a welcome sense of immediacy in her work, like she’s still in the process of figuring out how to properly use her tools while somehow sounding wise beyond her years. That freshness really comes out in Refuge Cove’s austere nature and makes for a powerful debut.“

Grace recently played Meeniyan as special guest artist, and blew the audience away. Here is one of the tracks from that astounding performance; 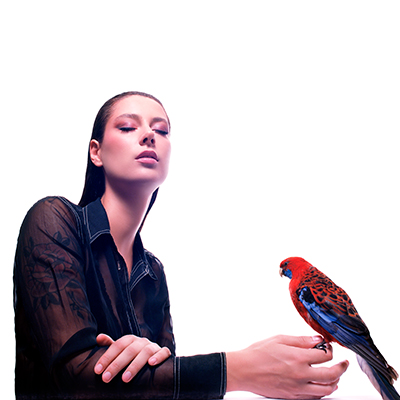