Handsome Tours is excited to announce the addition of three very special dates to Billy Bragg’s Australian tour this December.

Alongside highly-anticipated appearances at Meredith Music Festival and Fairgrounds Festival, Billy Bragg will stage a trio of intimate solo shows in the Victorian countryside. These strictly-limited, utterly-unmissable evenings in Meeniyan and Castlemaine – each a scenic two-hour drive from Melbourne – will constitute his only Australian headline performances for 2018.

As well as Bragg covering 35 years of his most beloved works, the dates will see the legendary U.K firebrand unite with some of the finest young songwriters in Australia today.

Billy Bragg will perform at Meeniyan Town Hall on Tuesday 4th December and Wednesday 5th December. He will be joined on these dates by very special guest Jen Cloher; the acclaimed Melbourne songwriter whose self-titled 2017 album scored a perfect five stars in The Guardian and earned her the mantle of “Australian Artist Of The Year” from Double J.

Billy Bragg has been a fearless recording artist, tireless live performer and peerless political campaigner for over 35 years. Politicised by a Tory government operating without love or justice, this previously adrift young man from Barking, whose failure at the eleven-plus had reduced his career opportunities to two, bought himself out of the British Army in 1981 (‘the best £175 I ever spent’), determined to make a living out of song.

Governments rise and fall, fashions come and go, pop stars are built up and knocked down by a fickle media, and Billy Bragg adapts to survive: the one-time Luddite and failed handyman has embraced New Media and engages with fans directly via Facebook and Twitter, uploading songs when a headline strikes. His enemies remain essentially the same: craven politicians, inhumane corporations, plus assorted racists, fascists, bullies, reactionaries and people with floppy fringes. 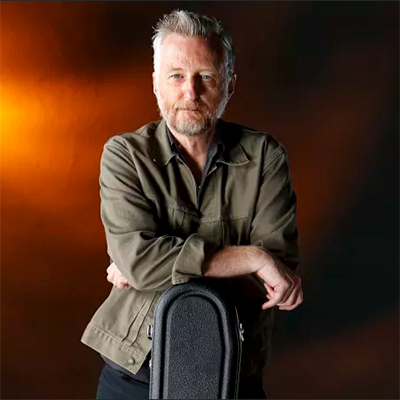