Having towered over festival audiences at Golden Plains, Boogie and Sydney Festival, selling out Melbourne venues, and earning rave reviews for her recent packed-out Sydney show, Cash Savage and the Last Drinks are on a mighty roll.
The band has also made serious inroads in Europe, playing to huge crowds at festivals such as Binic Festival (FR), Rock For People (CZ) and Colours Festival (CZ).

An incandescent live band at the height of their powers, led by their mighty frontwoman, whose potent lyrics and impassioned delivery articulate the personal-political issues of these times with all her heart, guts and grit.

“Next to Courtney Barnett, she is one of the most original and distinctively Australian voices to emerge in the last few years.” Daily Review

Tickets all one price: $35  (includes all bkg fees and GST). 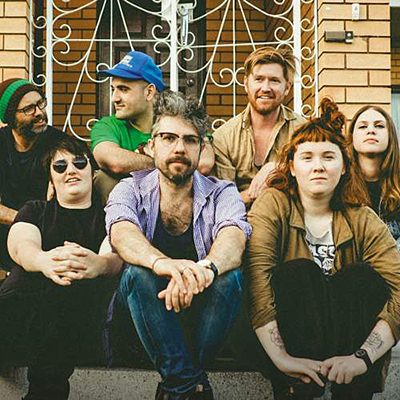