Due to COVID-19 exposure among our crew, we are sorry to advise Gordon Koang with Mindy Meng Wang with Tim Shiel this Saturday 16 April 2022 has been rescheduled. We are working on a rescheduled date for this concert.

Lyrebird Arts Council cares deeply about the health and safety of our audiences artists and volunteers. We acknowledge that the suspension of normal operations in response to COVID-19 is a difficult but essential action for the health of the Victorian public. We are committed to supporting our staff and artists during these difficult circumstances and we thank you, our music-loving community for your support and understanding at this time.

Tickets are automatically valid for the new date, or you can request a refund before 28 Feb 2022.

To be rescheduled. New date to be advised.

The current Victorian Government COVID guidelines are for caution, especially in public settings. We therefore have no choice but to re-schedule our August shows.

All tickets remain valid for the new date to be advised.

Featuring singles, ‘Asylum Seeker’, ‘Stand Up (Clap Your Hands)’ and ‘South Sudan’, messages of peace, love, and unity are prominent throughout Gordon’s music and are sentiments that seem to become ever more relevant in our current global context.

It is this positivity in Gordon’s music that brings people together – strangers join together on the dance floor to groove to his catchy melodies, and there is a deep feeling of connection in the collective hope that one feels when listening to his songs. Gordon’s music and his ability to articulate something innately human has resonated with audiences globally. A household name and affectionately known throughout Africa as ‘the King of Music’, Gordon’s music has now garnered recognition in his adopted home, Australia. Most notably, Unity, was nominated for Best Album of the Year in the Australian Music Prize, and he was the winner of BIGSOUND Levi’s Music Prize, alongside numerous Music Victoria Award nominations. Gordon has sold-out headline Australian tours, and his live performance has been a highlight set at festivals including Meredith Music Festival, Strawberry Fields, and Perth International Arts Festival.

“‘Unity’ is a compelling and irresistible listen.” – NME

Early in 2020, the music community was forced to close its doors, not only to the outside world, but to each other. Creative partnerships were lost, performances cancelled, studio time scrapped.

In response to these limitations, as is often the case, innovation and cooperation blossomed. Melbourne’s Music in Exile label, a not-for-profit aimed at profiling musicians from refugee and migrant backgrounds that give the city its world-class reputation in the arts, kick started the new Building Bridges series, aimed at keeping individuals connected and inspired during lockdown.

Nervous Energy, a collaborative effort between Chinese/Australian avant-garde composer Mindy Meng Wang 王萌, and her Melbourne-based contemporary Tim Shiel, is the first product of this series. Over the course of the year, as COVID restrictions ebbed and flowed, Tim & Mindy worked ceaselessly on developing new material, first recorded by Mindy on her 21-string traditional guzheng, and then shared with Tim via the internet to be reworked into something neither had imagined possible.

The result is four compositions that oscillate from breakbeat to minimal house influences and laid-back dub and pop sounds, underpinned throughout by an acoustic instrument almost two metres long and thousands of years old. It is a hymn to the world Mindy inhabits, a place where tradition is forced to adapt with changing values and different cultures. 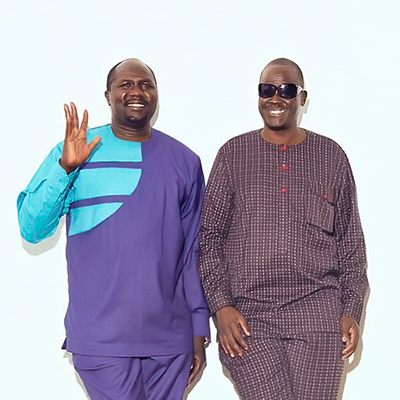 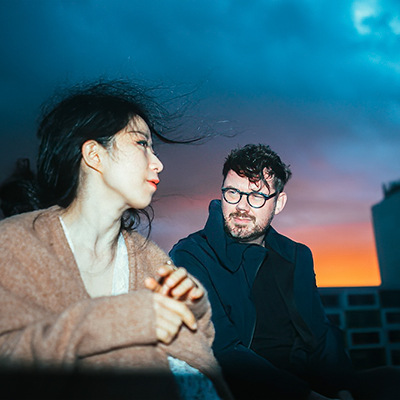