It is with a heavy heart that we have decided to suspend all live shows at Meeniyan Town Hall until further notice due to public health concerns surrounding COVID-19.

The advice being disseminated from public health officials and government bodies is constantly being updated. All we can do is monitor the situation closely. We look forward to us all, musicians and fans alike, coming through this time safely and enjoying the music together in the near future.

We will update you as we receive advice and news re shows after this first month.

Full refunds for Seeker Lover Keeper will be offered. Please email us (via the above link) with the Name of your Booking plus your Bank Account details for ticket refunds: Name, BSB, Account Number. Refunds may take a few days to process.

We will keep you informed about shows to happen after that time.

The band originated, as many things do, from a conversation at a pub. In 2007, Sarah and Holly went to see Sally play a show in Sydney, and the three ended up drinking and talking well into the night. At some point during the night a plan arose: wouldn’t it be fun to tour together sometime? Sally suggested they should start a band. Without hesitation, Sarah and Holly said yes.

After releasing their now-iconic and much-loved self-titled debut album in 2011 Seeker Lover Keeper undertook multiple tours and then went their separate ways. Since then Sarah released three records, composed for film and television, and had a son; Holly wrote two novels, released an album, and had a daughter; and Sally relocated with her family to LA for a time, released an album, wrote a novel, and composed for television.

It wasn’t until recently that they decided to come together again, 12 years after they first met and 8 years since they last played together. The album Wild Seeds with the extraordinary singles Superstar, Wild Seeds and Let it Out was released in 2019 to unanimous critical acclaim, it’s a dazzling display of virtuosic song-writing, harmony and melody. Fans around the country flocked to their recent sold-out Australian tour. The next chapter in the musical lives of these extraordinary artists has only just begun.

Tickets all one price: $52  (includes all bkg fees and GST). 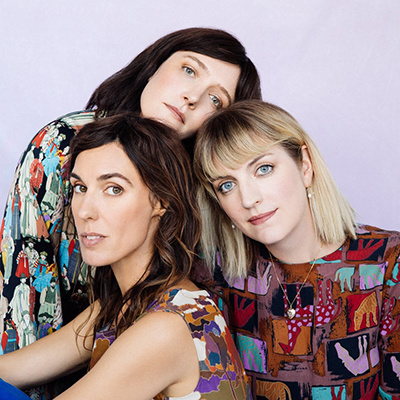